„Two brothers from the vibrant city of Berlin are exploring the
barriers of soul and electro.“ (berlin blog )

FRASE is a singer, multi-instrumentalist & beat maker from Montreal, Canada. He pulls from the retro and pushes into the future by effortlessly blending the sounds of golden era Hip-Hop, Soul, Dub reggae and Blues with touches of modern dance floor flavours of Trap, Garage, and House.

With a soulful voice, heartfelt songwriting and an energetic live performances FRASE is capturing audiences all over the world.
During his DIY Convoy tours in India, Australia, Jamaica, France, Germany, Italy, Spain, Czech Republic & North America he has started a global grass roots following. Performing feature sets in Clubs, Festivals, Lofts, Bars, Cafes & Supporting such acts as:
Dub FX, Bonobo, Fat Boy Slim & Noisia
His latest EP “Daggers & Shields” was recorded in the rain forrest of Australia at Dub FX’s private home studio in 2015. Produced by CAde of Convoy Music the EP was written and performed by FRASE, holding it down on vocals, guitars, keys, bass, and percussion and is a mix of organic and urban textures with an emphasis on the soul side of his catalog. 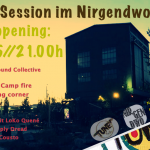 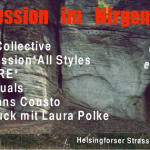