This documentary is a film about urban spaces and our relationship to them as told through the eyes of a troupe of African hip-hop artists, produced by African based filmmakers.
After the success of Maskaniflani, an award-winning participatory documentary and music video about public art and public space in Kenya, the hiphop group ‚Ukooflani‘ started to develop different projects to explore the urban space that they inhabit, using music and art. The group, is composed of 6 members plus“Upendo Hero“ (the love hero) a mysterious character invented by Ukooflani to spread the message of love for public space.
Their big opportunity came when the Goethe Institut of Nairobi invited them to perform in Berlin. This gives them the chance to go to Europe and not only perform in one of the most iconic venues of the german capital, Haus der Kulturen der Welt, but also to meet different underground artists living and working there. The social issue which underpins the documentary is the importance of public space and public art in contemporary society, and how and why western metropolises are affected by the emerging phenomenon of „gentrification“
Ukooflani and Upendo Hero discover how artists and the so-called „creative class“ become unwitting pawns in the shifting fortunes of Berlin neighbourhoods, as in many other cities. Seeking out low-rent areas they move in en masse, shift the demographic and profile of that space. This acts as a catalyst, increasing property values which can then often mean that the original inhabitants of these neighbourhoods can no longer afford to live there. Whilst these neighbourhoods were not necessarily always cohesive communities, often, and particularly in Berlin, they are. The city is, undeniably losing something. And this is what Ukoo flani and Upendo hero try to find out
They explore the city of Berlin, interacting with local citizens/activists, artists and the so called „creative class“ to share with them their views and experiences about public space and public art. They try to understand why and how „gentrification“ should and can be stopped in both European and African metropolises by making the „creative class“ aware of its own political and cultural power. This documentary is not only a trip into the public space and public art scene of Berlin, but also a comparative study about the possible positive or negative impact of this emerging „creative class“ in both Western and African metropolises, thanks also to the contribution of different urban sociologists from Kenyan and German universities.
Twende Berlin film documentary is an occasion for both: European and African urban citizens, a way to twist and
subvert stereotypes and become both an object of social and cultural investigation to discover ourselves again
in the eyes of a group of African hip hop artists and their super hero. 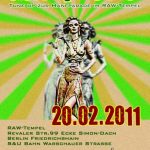 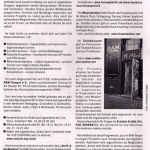